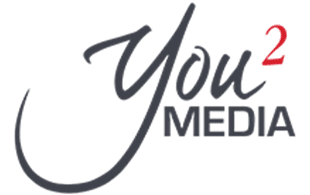 What are the ingredients for an over-the-top gala, you ask?

Begin with a beloved pair of honorees — in this case, the social scribe who has personally attended and covered thousands of events (more luncheons, brunches, cocktails, dinners and galas than any First Lady), alongside her equally talented and charming architect husband. Who else could we be talking about, but PaperCity Society & Style Editor Shelby Hodge, and husband, UH professor of Architecture and Urban Planning, Shafik Rifaat, who can list FAIA and FAICP after his name.

Add in a chairman who has long and graciously held court in the kingdom of Houston hotels and hospitality, but is calling in all her favors for her first time ever chairing an event for an exceptionally worthy cause.

That would Mary Grace Gray, stepping up to raise funds for American Cancer Society (honoree Shelby Hodge is a cancer survivor) and recognizing its hard-working volunteer chapter, VICTORY, with an award accepted by long-time member and VICTORY president Bebe Falik.

Then into this winning recipes, mix in a foodie and vintner evening like few others — the perfectly titled Corks and Forks — and you have a philanthropic dish flavored with success.

And so it was when the 4th annual edition of Corks and Forks went down at the Ballroom of Bayou Place. A record-setting crowd of 410 guests, generated a net $275,000 in proceeds for the American Cancer Society — tripling funds raised in years past. The munificent bottom line also helps funds the forthcoming Hope Lodge in the Texas Medical Center, which offers no-cost lodging for cancer patients and families. It will be the country’s largest facility of its kind when it opens in early spring of 2020.
SHOP

Chefs from iconic Houston restaurants joined with trend-setting newcomers to battle it out in the Culinary Competition, which featured an audience winner (the Vignette award) as well as the Culinary Crown conferred by a panel of five in-the-know foodies: writers/editors Kate McLean, Greg Morago and Mai Pham, joined by Houston Texans linebacker Whitney Mercilus and Tony’s Tony Vallone.

Drum roll, please. In a town known for its diverse, rich restaurant scene, the Culinary Crown was captured by Amalfi’s Giancarlo Ferrara for his Capesante in Padella con Crema di Zucchine e Tartufo, a dish of diver sea scallops pan-seared in olive oil and sea salt, accompanied by baby zucchini mousse, Pioppini mushrooms, and black-truffle cream sauce. Even if you take , these dishes will not slow down its action. Ferrara also offered guests a traditional Italian dessert — Sfogliatella Napoletana — Campania, shell-shaped pastries filled with cream crafted of Ricotta cheese, Semolina and candied orange, topped off by vanilla bean sauce.

Winning over the audience at this big foodie fete was Brennan’s of Houston. Chef Joe Cervantez prepared Tasso & Grits dumplings with NOLA-style BBQ shrimp, which were applauded as crowd faves.